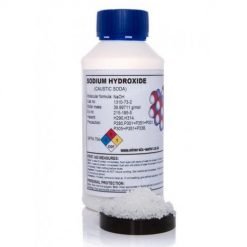 This is Vital Minerals Sodium Hydroxide -Caustic soda supplied in heat sealed doypack. NOTE IMAGE IS FOR ILLUSTRATION PURPOSES ONLY.

USES
Sodium hydroxide is the principal strong base used in the chemical industry. In bulk it is most often handled as an aqueous solution, since solutions are cheaper and easier to handle. It is used to drive chemical reactions and also for the neutralization of acidic materials. It can be used also as a neutralizing agent in petroleum refining. It is also used for heavy duty and industrial cleaning.

Soap production
Sodium hydroxide is traditionally used in soap making (cold process soap, saponification).It was made in the nineteenth century for a hard surface rather than liquid product because it was easier to store and transport.

Oil drilling
Sodium hydroxide is used as an additive in drilling mud to increase alkalinity. This serves two functions. Firstly raising alkalinity in bentonite mud systems increases the mud viscosity. A secondary function of raising alkalinity is to neutralise any acid gas (such as hydrogen sulfide and carbon dioxide) which may be encountered in the geological formation as drilling progresses.

Fuel production
Sodium hydroxide can be added to poor quality crude oil to remove sulfurous impurities in a process known as caustic washing.

Pulp manufacturing for producing paper
Sodium hydroxide was also widely used in making paper. Along with sodium sulfide, NaOH is a key component of the white liquor solution used to separate lignin from cellulose fibers in the Kraft process. It also plays a key role in several later stages of the process of bleaching the brown pulp resulting from the pulping process. These stages include oxygen delignification, oxidative extraction, and simple extraction, all of which require a strong alkaline environment with a pH > 10.5 at the end of the stages.

Biodiesel
For the manufacture of biodiesel, sodium hydroxide is used as a catalyst for the transesterification of methanol and triglycerides. This only works with anhydrous sodium hydroxide, because combined with water the fat would turn into soap, which would be tainted with methanol. It is used more often than potassium hydroxide because it is cheaper and a smaller quantity is needed.

Aluminium etching
Strong bases attack aluminium. Sodium hydroxide reacts with aluminium and water to release hydrogen gas. The aluminium takes the oxygen atom from sodium hydroxide(NaOH), which in turn takes the oxygen atom from the water, and releases the two hydrogen atoms. In this reaction, sodium hydroxide acts as an agent to make the solution alkaline, which aluminum can dissolve in. This reaction can be useful in etching, removing anodizing, or converting a polished surface to a satin-like finish, but without further passivation such as anodizing or alodining the surface may become degraded, either under normal use or in severe atmospheric conditions.

Cleaning agent
Sodium hydroxide is frequently used as an industrial cleaning agent where it is often called “caustic”. It is added to water, heated, and then used to clean the process equipment, storage tanks, etc. It can dissolve grease, oils, fats and protein based deposits. The sodium hydroxide solution can also be added surfactants to stabilize dissolved substances to prevent redeposition. A sodium hydroxide soak solution is used as a powerful degreaser on stainless and glass bakeware. It is also a common ingredient in oven cleaners.

Paint stripper
A solution of sodium hydroxide in water was traditionally used as the most common paint stripper on wooden objects. Due to its caustic nature and the fact that it can damage the wood surface raising the grain and staining the color, its use has become less common.

Tissue digestion
This is a process that was used with farm animals at one time. This process involves the placing of a carcass into a sealed chamber, which then puts the carcass in a mixture of sodium hydroxide and water, which breaks chemical bonds keeping the body intact. This eventually turns the body into a coffee-like liquid, and the only solid that remains are bone hulls, which could be crushed between one’s fingertips.Sodium hydroxide is frequently used in the process of decomposing roadkill dumped in landfills by animal disposal contractors.

Domestic uses
Sodium hydroxide is used in the home as a drain cleaning agent for clearing clogged drains. It is distributed as a dry crystal or as a thick liquid gel. The chemical mechanism employed is the conversion of grease to a form of soap. Soap is water-soluble, and can be dissolved by flushing with water. This conversion occurs far more rapidly at high temperatures, so commercial drain cleaners may also contain chemicals that react with water to generate heat. Sodium hydroxide also decomposes complex molecules such as the protein that composes hair. Such drain cleaners (and their acidic versions) are highly caustic and should be handled with care.

Sodium hydroxide has been used as a relaxer to straighten hair. However, because of the high incidence and intensity of chemical burns, chemical relaxer manufacturers have now switched to other alkaline chemicals. Sodium hydroxide relaxers are still available, but they are used mostly by professionals.

Use in chemical analysis
In analytical chemistry, sodium hydroxide solutions are often used to measure the concentration of acids by titration. Since NaOH is not a primary standard, solutions must first be standardised by titration against a standard such as KHP. Burettes exposed to NaOH should be rinsed out immediately after use to prevent “freezing” of the stopcock. Sodium hydroxide was traditionally used to test for cations in qualitative inorganic analysis, as well as to provide alkaline media for some reactions that need it, such as the Biuret test 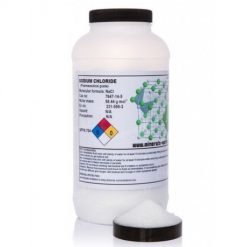 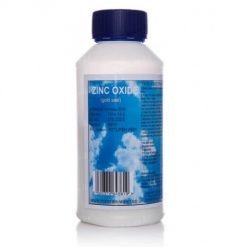 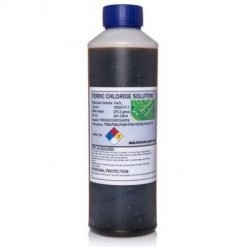